Orisha Shango: the owner of lightning and fire 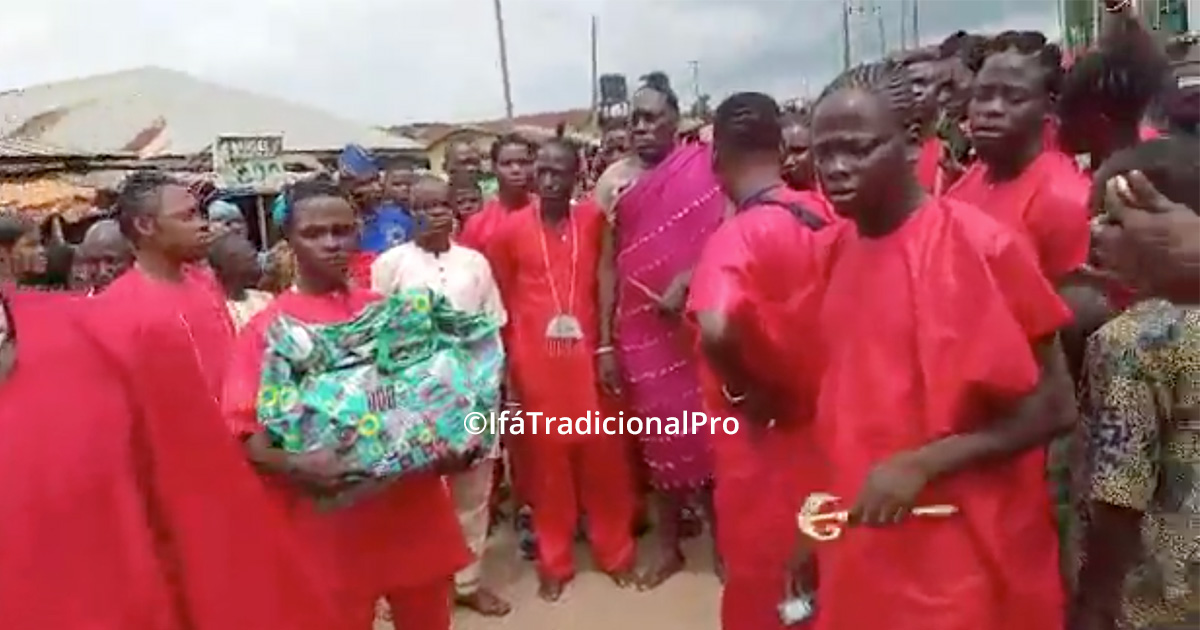 Orisa (Òrìsà) of lightning and thunder, of bravery and strength, maximum representative of male virility. The Orisha Shango (Sàngó) is one of the most important of the Yoruba religion and also one of the best known and popular in the world.

According to the Yoruba (Yorubá) belief, there are two Shango (sàngó), but only one of them is orisha: the one that was sent by Olodumare to earth at the time of creation, endowing him with the power of lightning and thunder. The second was the first follower of the Orisha, known as Sàngó Tèlla-òkò and I the third Alàáfin, whose title is received by the king of Oyó, who until today assumes the representation of Sàngó on earth.

In Yoruba history, Sàngó Tèllà-òkò was a strong warrior and was considered a physical reincarnation of the Orisha Shango (Sàngó), due to his mythical powers used by the energy of lightning and storms. He was the son of Òrànmíyàn with Tòrosí from the city of Tapa; the founder of the Oyó empire, the youngest of Odùduwà’s grandchildren. He was a brave and powerful man who inherited most of his special abilities from the Nupe, his mother’s people.

In his life, the third Alàáfin had five wives, but only three were closer to him: Obá; Osun and Oda, the closest; The latter was a spirit, which had the power to transform from human to animal and also the power to summon storms and hurricane force winds. Thus, together with the rays of Sàngó, they had excellent victories in battle.

According to Yoruba legend, Tèllà-òkò disappeared in Kòso after he disappeared in Kòso after batting the earth and leaving behind the lightning bolt removed from his own body. Today Kòso is an urban district of Oyó, one of the most sacred places in the city, where the spirit of Sàngó lived thousands of years ago. There is no Allah in Òyó to be crowned without performing all the coronation rites within the Kòso temple. The Mogbà Kòso plays a crucial role in the royal succession, as it is the guardian of the ancient sanctuary of Sàngó Kòso and The ancestral Crown of Sàngó, being responsible for the coronation of the new king.

Every year the Elégún Sàngó Kòso, the living incarnation of the Orisha Shango (Sàngó), symbolizing spiritual immortality, is presented at the Kòso temple on the last day of the annual Sàngó festival- According to the rite of celebrations, Elégún Sàngó Kòso will tour the city chaired by the Babalorisa and accompanied by the followers and at midnight he will continue towards the Aláàfin palace, at which time the king and all people who have a title in the palace must leave the premises because in that moment the Orishas is present and he is the only king of Òyó that day.