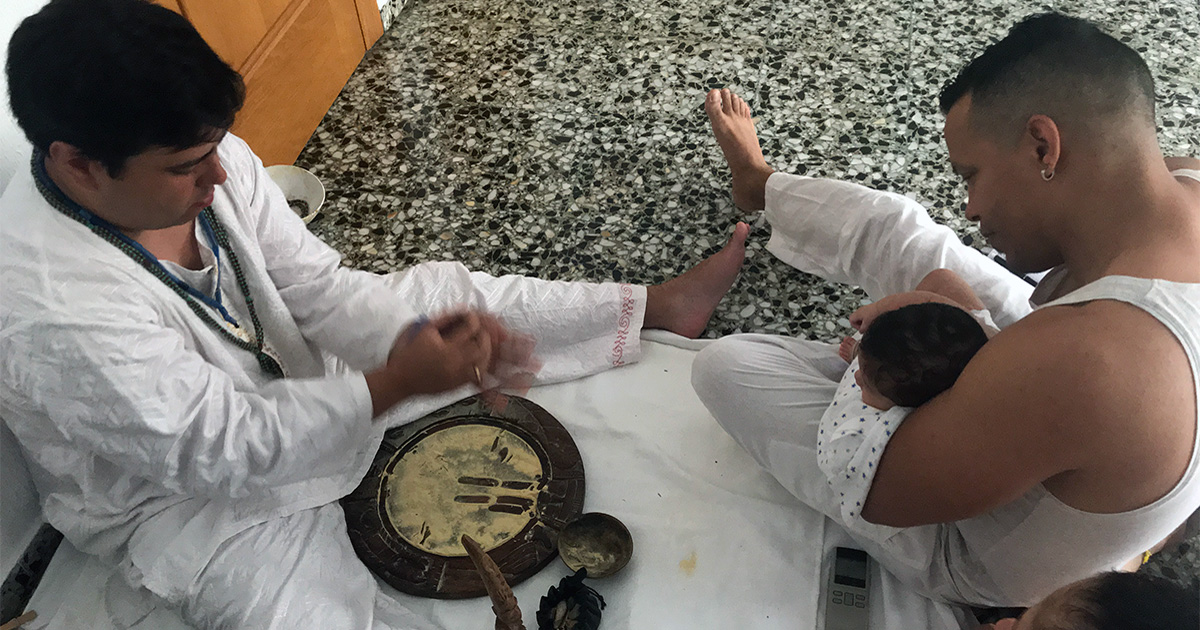 A person’s name is what gives him identity in the world. This happens in all cultures, including Yoruba, where the name reveals sacred, personal and historical information. For the initiates, especially for the Babalawo, having a religious name is of great importance. In the case of babies, I do not have a person who has identified for the world. Isso occurs in all cultures, including Yoruba, where or where it does not reveal sacred, heavy and historical information. For the initiated, especially for the Babalawo, a religious term of great importance. No case of babies, after the celebration of the Ikosedaye (Yoruba baptism), the name will be consulted to Ifá, who will then be given to the person in a ceremony called Isomoloruko.

The name of an initiate is attributed according to the characteristics of the Odù Ifá of the person, or also by his Orisha and the qualities of the person. However, some Babalawo do not have a religious name and, in those cases, they can go to any priest to conclude this ceremony.

In the same way, the worshipers of each Orishas have a name that identifies them: Èsùseéké, Ògúndíyà, Oríyomí, Efúnbùnmi, Sàngódé, Omísányá. The names also reflect the conditions of birth, as in the case of twins, who will be called Táiwò e Kéhìndé.

In Yoruba culture, the Isomoloruko day for a newborn is determined by the sex of the baby. Thus, in the case of a girl, the ceremony will be held seven days after birth (this included), while for boys, it will be nine days. During this period, babies will have temporary names: Ábíyè (“He was born to live”) and Ìkókó (“The most recent son”).

In Nigeria, before the naming ceremony, the Ikosedaye is performed. This is a spiritual and private ceremony that occurs on the third day of birth and where the closest family participates.

Recently, our ifá priest, Ifábíyìí Akoda, had the privilege of performing the first Yoruba baptism celebrated in Spain. In this ceremony, the Ifá priest sings verses about the baby’s destiny in life, giving him a taste of different ingredients that represent each of the fortunes. In addition to consulting Ifá the baby’s Odù, the name will also be consulted. In this way, parents will have a guide to protect and guide the child on the path of happiness, health, success and future prosperity.

If you want to know more about the Ikosedaye and the Isomoloruko, download the Ifá Tradicional Pro application, where you will find a wide list of Ifá names and their meaning.