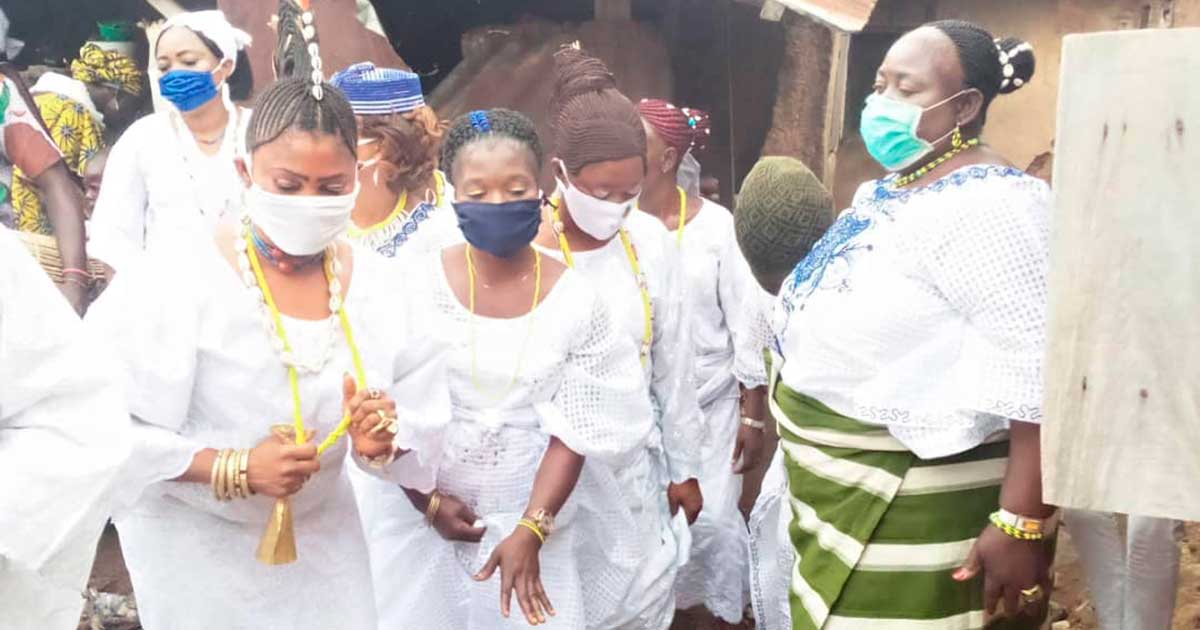 Today, Sango worshipers in Oyo, Nigeria began preparations to celebrate the World Sango Festival 2020. As with the Oke Itase two months ago, no major ceremonies and processions will take place, so the festival it will be limited to the celebration of traditional rituals including the annual divination of the Eerindilogun oracle for the New Year in the Koso temple.

The preparations began with the cleaning of the temple of Sango in Koso, where the main acts of the celebrations take place. The program will start this Thursday with the rituals to Ogun Ajobo and that same day, at midnight, the new year’s rituals will be performed in the Koso tempo.

The next day, the traditional yam offering will be offered to the Orisa and on Sunday the annual Sango (Sàngó) divination will take place. The high priests of Shango (Babalorisas), led by Baale Onisango, the Mogba Koso (the supreme head of Koso and guardian of the sacred shrine), perform divination to receive Olodumare’s message to humanity for this new year and, subsequently, the necessary ceremonies and offerings are made, according to the sign revealed in the divination.

In addition, during the ten days of the festival there will be rituals to Aje, Eshu, Yemoya, and Osun. The World Sango Festival 2020 will close on Saturday 22, with the most important moment of the festival when the Elégún Sàngó Koso, the living incarnation of Sango, leads the faithful to perform one of the most sacred rites in the temple of Koso, which symbolizes the spiritual immortality, without this year the procession to the Alaafin palace in Oyo taking place.

One more year, from Ilé Awo the coverage of the celebrations will be carried out in this same post and it will be published in the Ifá Traditional, Ifá Traditional Pro, Ojú Odù, Apola Ogbè and Apola Òyèkú applications the sign and the message of Olodumare revealed in the divination annual.