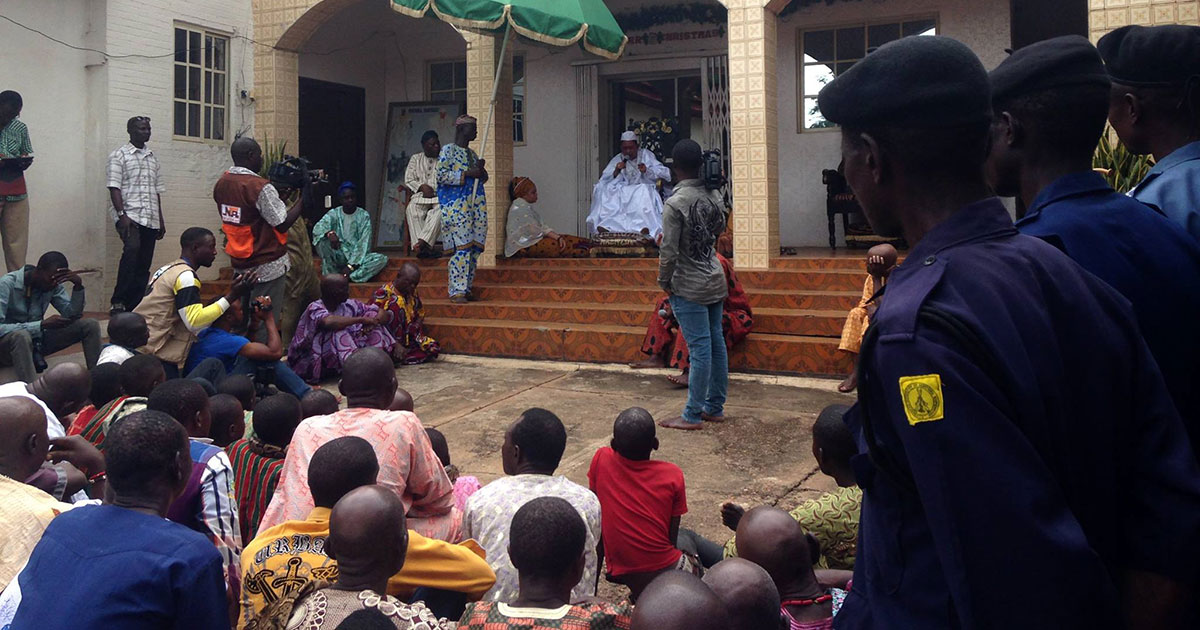 In Otura Ogbe Ifá says that priests should be given a title according to the knowledge they have managed to acquire, but above all, to memorize. This means that Ifá already knows that, for a long time, titles have been awarded by agreements, money and even sympathy between the elders who grant these ranks and those who receive them. This is why Ifa warns us that receiving an Ifa title without complete preparation is a disgrace to any initiate.

Omo awo: This is how people who have made their initiation to Isefa are known. A common mistake is to know these people as Aleyo, since in Yoruba this word means “foreigner”. Thus, the Omo Awo are the people who take their first steps in the Yoruba religion, and those who, with knowledge and full supervision of their Oluwo, can participate in divinations, sacrifices and other ceremonies, so a minimum of knowledge is not required. if this person is not performing divination or conducting any ceremony.

Kekere Awo Orunmila: He is the newly started awo Orunmila with little knowledge of Ifá. It does not matter that a priest has many years of initiation since, if he does not have the necessary Ifá knowledge, he will always be considered a Kekere Awo. This person cannot carry out an Ifa initiation due to not having the required knowledge.

Awo Orunmila: This ifá title is given to people who have between one and five verses of Ifá memorized. It is not always easy to obtain this knowledge. For this reason, to help the initiates obtain the Awo title, we created the Ojú Odù application, where people have five verses of each of the Meji, with the audio in Yoruba, to help in learning.

Babalawo: It is the priest who has a greater knowledge than that of an Awo Orunmila. In order to receive this Ifá title, the initiate must have memorized between five or ten Ifá verses from each of the 256 Odù.

Iyanifá: it is the title given to women initiated in Ifá who have demonstrated a knowledge similar to that of a babalawo.

Oluwo: This is one of Ifa’s high titles. To obtain this consideration, the initiate must know by heart between ten and twenty Ifá verses of each sign.

Babalodu: He is a priest who has received the consecration of Igba Iwa Odù. This priest has the power to initiate another priest in Ifá whenever he has the knowledge to do so.

Awise: It is the priest who is in charge of speaking of Ifá.

Araba: To be recognized with the title of Ifá de Araba, the priest must know about 10,000 verses of Ifá by heart.

Baba Ifá: This title is granted to priests with many years of experience and high knowledge in Ifá. In this case, the knowledge and information of Ifá that a priest of this rank can have memorized is countless.

In view of the knowledge requirements that each title requires, outside of Nigeria and the Yoruba culture there is no priest who possesses sufficient knowledge to have a higher Ifá title than Babalawo or even Awo Orunmila. To improve the Ifá knowledge of the initiates are the applications Ifá Tradicional Pro and Ojú Odù, where they will also have access to the Otura Ogbe verse that talks about the titles.