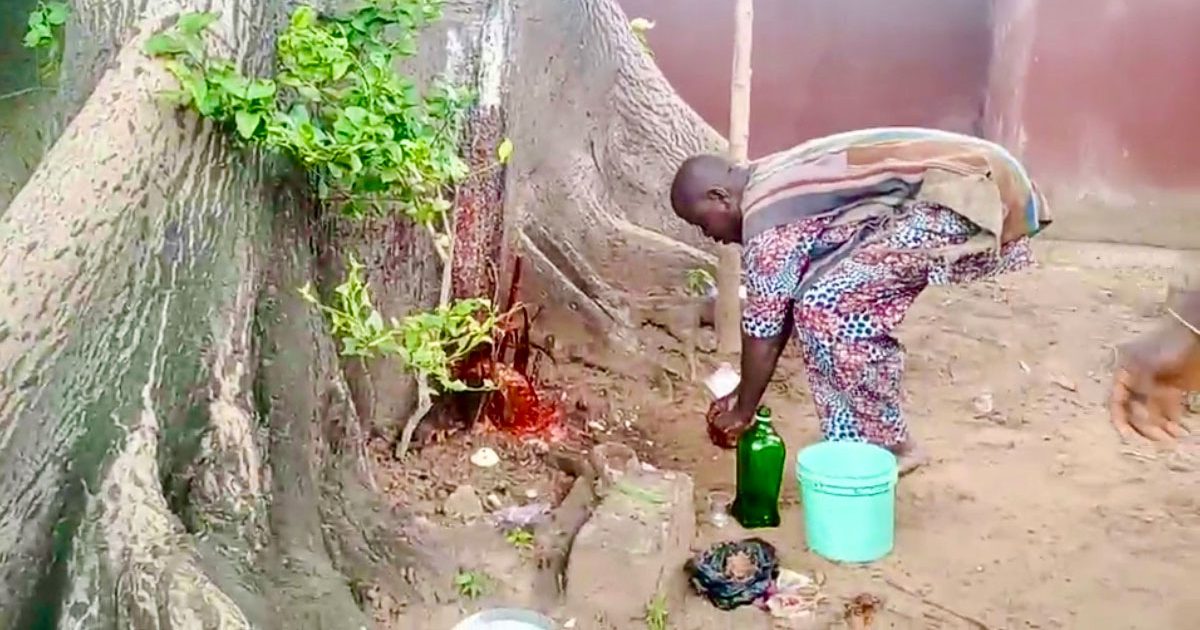 This Thursday the World Sango Festival 2022 began in Oyo. This year, despite the death in recent months of Elegun Sango and Alaafin of Oyo, the two most important figures in the celebrations, the festival will continue its usual program to continue with the legacy of the alaafin Adeyemi III, who in his many decades of reign managed to turn the festival of Sango into one of the most important and recognized in Yoruba culture.

Because the new Alaafin has not yet been chosen, this year his place is taken in Basorun of Oyo, the second in rank after the King and the one who will be in charge of crowning the new Alaafin.

The festival began with the propitiation to Ogun Ajobo and at midnight the new year rituals will be performed in the Koso temple, coinciding with the new yam harvest.

Tomorrow, Friday, the traditional offering of yams will be offered to the Orisha, and on Sunday, the annual divination of Shango (Sàngó) will take place. The high priests of Shango (Olorisas), led by the Mogba Koso (the supreme chief of Koso and guardian of the sacred sanctuary), perform the divination to receive Olodumare’s message to humanity for this new year and, later, the necessary ceremonies and offerings, according to the sign revealed in the divination.

During the next ten days rituals will be performed to Aje, Eshu, Yemoya, and Osun. The World Sango Festival 2022 will close on Saturday, August 20, with the Ija ki Naa, when the most sacred rites are carried out in the Koso temple. Traditionally during the Ija ki Naa it is the Elégún Sàngó Koso, the living incarnation of Sàngó, who leads the faithful to perform the rites and finally leads the procession to the Alaafin palace in Oyo. However, this year, sources from the Alaafin palace confirmed to Ilé Awo, only Sango’s followers will dance during the grand closing of the festival, since no one will take the place of Elegun Sango until the new Alaafin is elected and decides who will be Sango’s new living incarnation on earth.