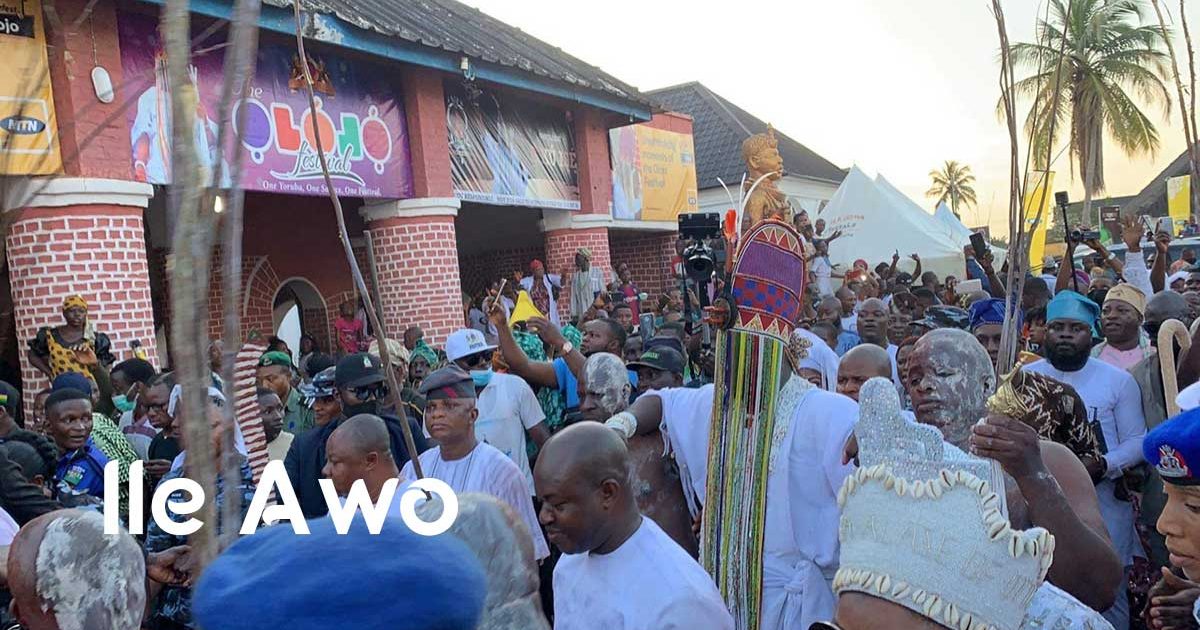 Ile Ife celebrates the Olojo Festival, one of the most important traditional festivals in Yoruba culture. After several days of events, the festival today reaches its main day, the procession of the Ooni wearing the crown of Aare, at which point he is transfigured into a deity on earth.

The Ooni only wears the crown of Aare once a year, during the festival in which the day of the creation of Eledumare (Olodumare) is celebrated. The crown is sacred and contains the secret of all the kings of Ile Ife, in fact it is forbidden to look inside. According to Yoruba mythology, the authority of the Aare crown dates back to the first king who ruled the entire world. He is called Ninmrod by the Hebrews, Lamurudu as the Yorubas know him or Aramphael, as the Arabs call him (Ora Ife onile ina). He ruled the entire world mercilessly by displaying the power of the Sun and Fire and confronting Olodumare, but never wearing the crown.

As a result of this confrontation Olodumare raised Oduduwa, the Deity of prayers (ti oba ina ja, or da ina, or ba oorun ja, or da orun) who as a spirit fought against fire and the sun and defeated them. Oduduwa subdued Lamurudu and destroyed him thus being the first to wear the crown as he descended to earth from the hills of Oke Ora in Ife. Oduduwa took it upon himself to organize the world and make it a better place for mankind while the beaded crown became an inheritance from Oonirisa on Ile to nfe, that is, the Ooni of Ile Ife.

The Olojo festival celebrates Yoruba traditionalism with various cultural events representing all the Orisa and the different lineages of the traditional practice.