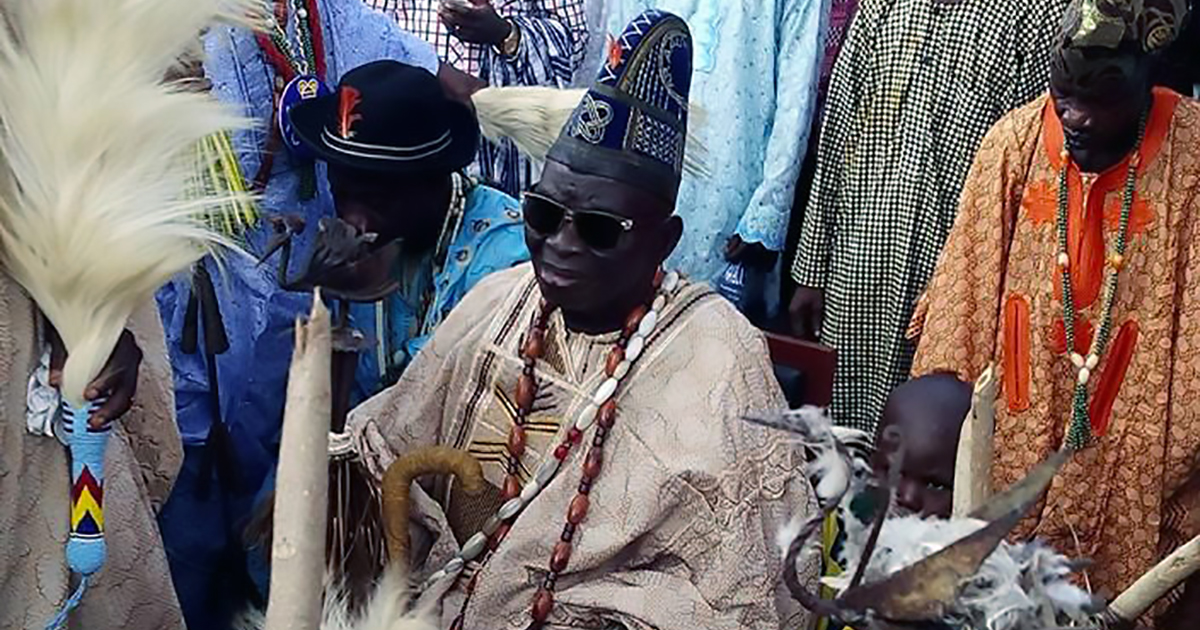 I regret to announce that today Aworeni Adisa Awoyemi, Araba Agbaye from Ile Ife reunited with her ancestors.

Aworeni Adisa Awoyemi held the world’s highest representation of the Yoruba religion for over 27 years. He was named Araba Agbaye on May 25, 1991 after the death of Araba Omopariola Fasuyi, with whom he had competed for the title of Araba in the mid-1980s.

Born in the early 1930s, Baba Araba lost his father at an early age and was sent to Ifewara, to be raised by his maternal uncle, whom he helped with his agricultural work. Although he did not have any formal education, when he came of age he was trained as a tractor and large truck mechanic; work that exerted first in Osogbo and, later, in Ile Ife.

It was during his tenure as Araba that the Osun state government renovated the Ifa World Temple where the Oke Itase is celebrated annually at Ile Ife, a ceremony that he presided with great dignity. Furthermore, he was the first Araba in history to travel to those countries where there were followers of the Yoruba religion. Thus, over the last 27 years he traveled to Argentina, Paraguay, Mexico, Cuba, Spain, the United States, the United Kingdom, Brazil, Jamaica, Ghana, the Republic of Benin, among others.

From Ile Awo we say goodbye to Araba Agbaye full of thanks for his great work as the maximum representative of the Yoruba religion.